A (travestimento) from W.Shakespeare and
F.M.Piave by Edoardo Sanguineti
Music and direction by Andrea Liberovici

Protagonists of the work (which makes use of the collaboration between scenographer Filippo Garrone, choreographer Costanza Campi, Milena Canonero, Oscar winner for the costume design of Barry Lyndon, light designer Filippo Ghisoli, and a group of extraordinary vocal interpreters, including Judith Malina) Ottavia Fosco and Massimo Venturiello. “My Macbeth? – comments the actor – a rational man, fatally seduced by the unmistakable charm of his dark lady. Present with his force of speech and passion. A physicality that is concrete, sensual, fascinating, mysterious.”

MACBETH REMIX
A (travestimento) from W.Shakespeare and F.M.Piave by Edoardo Sanguineti
Music and direction by Andrea Liberovici 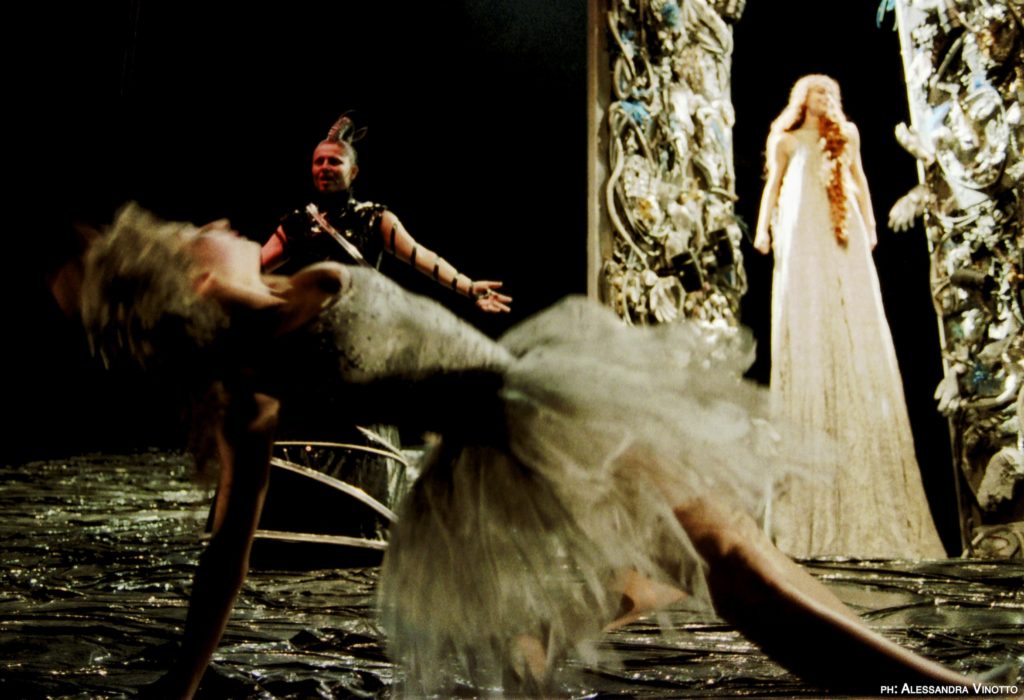 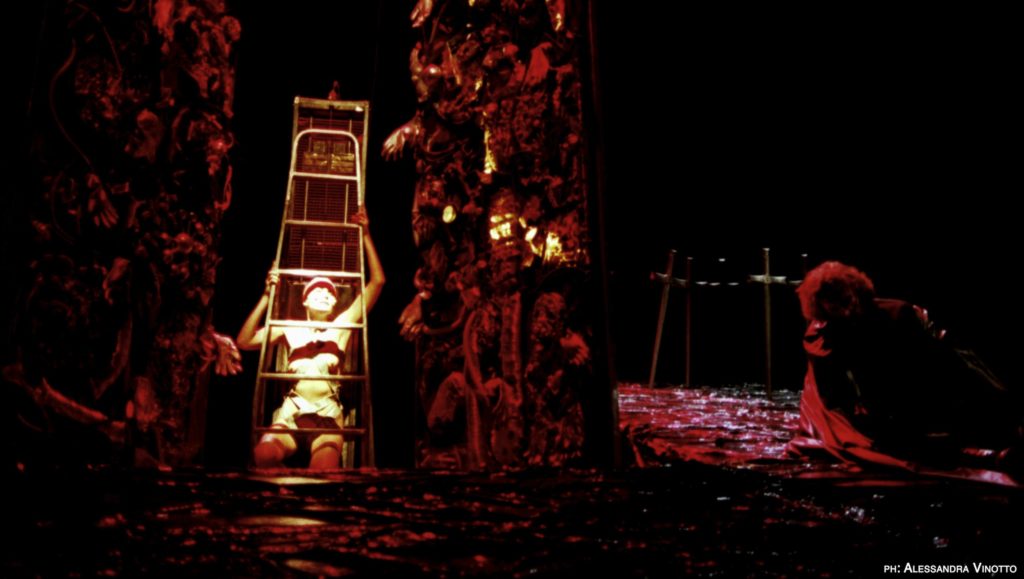 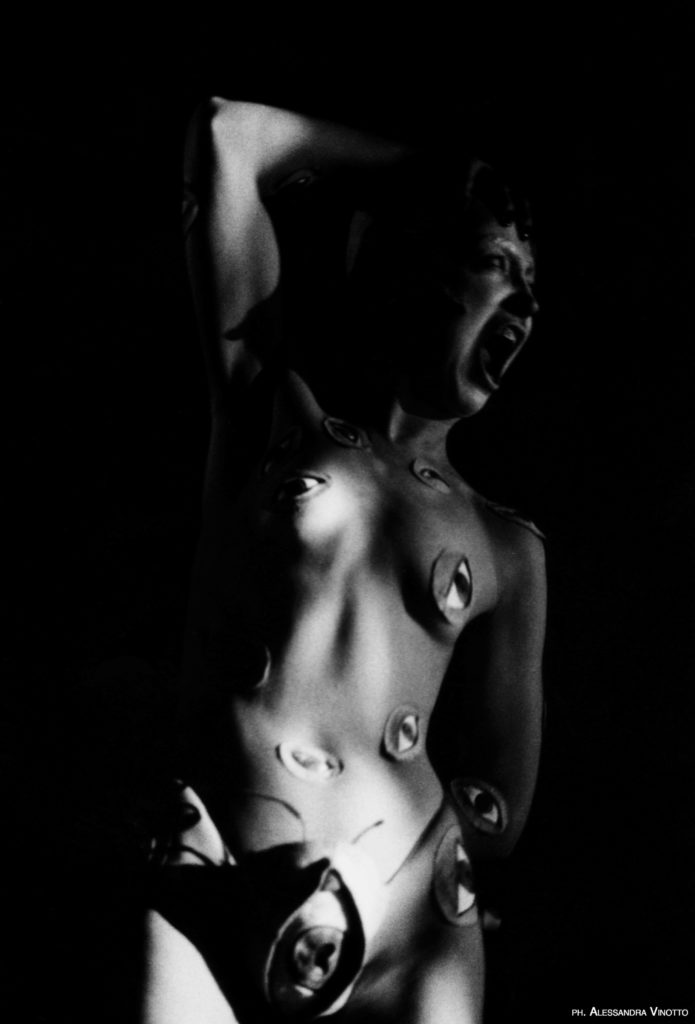 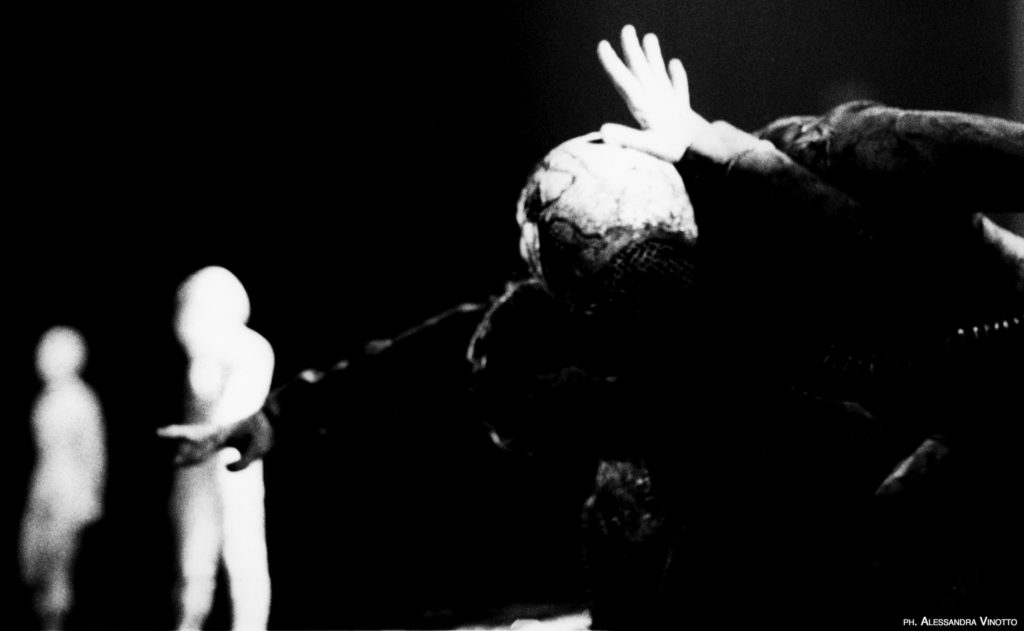 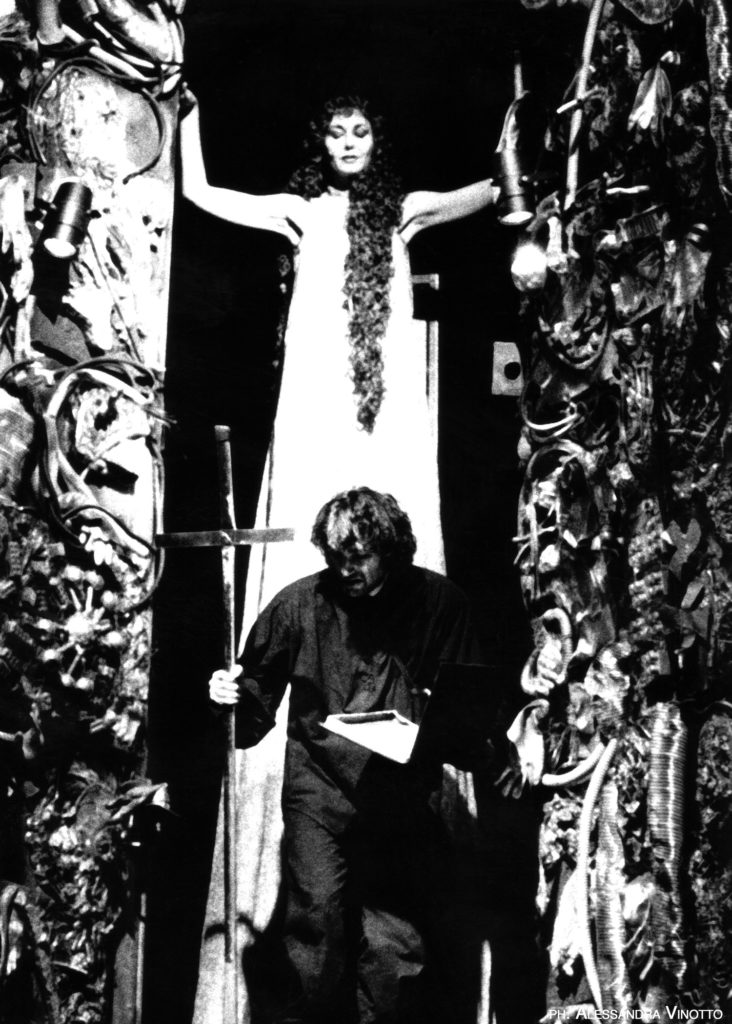 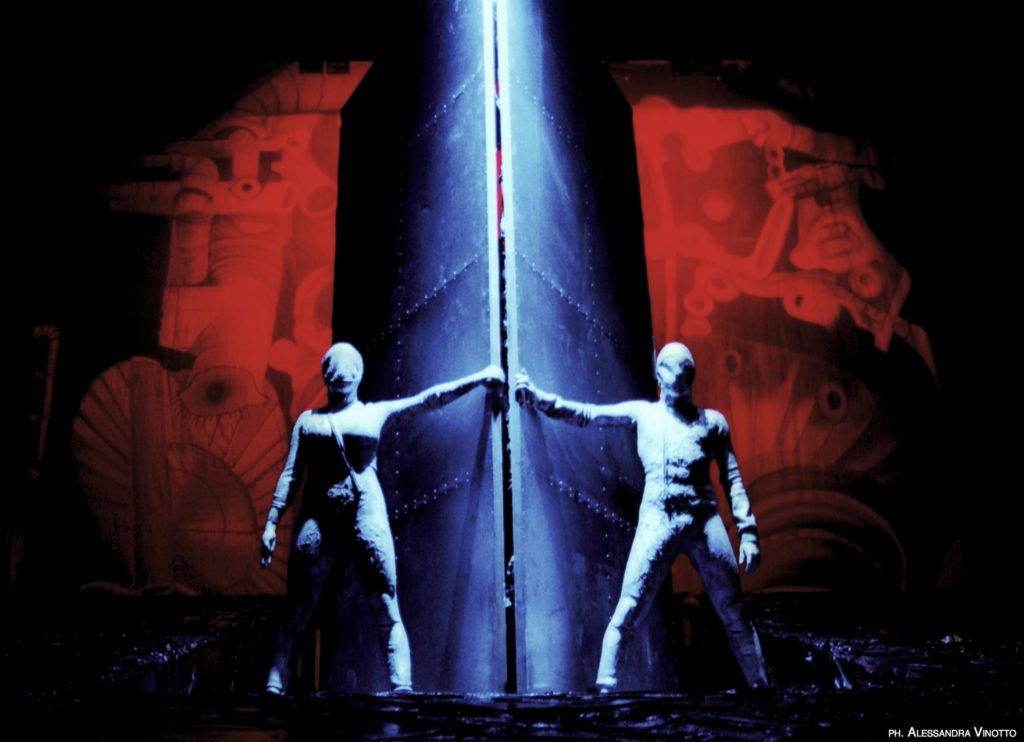 Music written on a strange score called Macbeth with its notes of continuous thunderstorms, of premonitory owls, of sword duels, of children’s screams, of Macbeth’s voices of conscience poised between reason and character, between ambition and destiny, between demons and the culmination of life and happiness.
from Il Corriere della Sera, 07.09.1998

Great success for the show beyond the sphere of sound (…) On the wave of this extraordinary mixed soundtrack, every detail of the scenography by Filippo Garrone and the costumes of multiple Oscar winner Milena Canonero is a wonder that captures attention without diverting it. (…) This Remix, which could have seemed among the most alarming, turns out to be respectful in its own way and, most importantly, rich with emotion.
Silvana Zanovello – Il Secolo XIX  04-29-1999

Pops, hisses, songs, Mahlerian fragments and shreds of bel canto, pervasive noises and sound intermittences, surround Macbeth; (…) It is interesting to note that, from the chaotic accumulation of sounds that attack the spectator in the initial parts, a narrative-musical order gradually becomes clearer, as the story, on the other hand, capitulates towards the inescapable madness of a story “full of noise and fury, which then, however, means nothing”.
by GUIDO FESTINESE – from Il Manifesto, 04.29.1999