Trilogy in Two is a contemporary opera inspired by three emblematic figures and composed of two interlaced acts, as the title is alluding to. Andrea Liberovici’s dramaturgical work has always been focused on the fragment, but a fragment which is part of an overall design that, as in a mosaic, piece by piece, finally reveals its shape. Trilogy in two is a reflection on the theme of beauty as an identity (if not lost, largely in crisis) of Europe through three models of beauty. 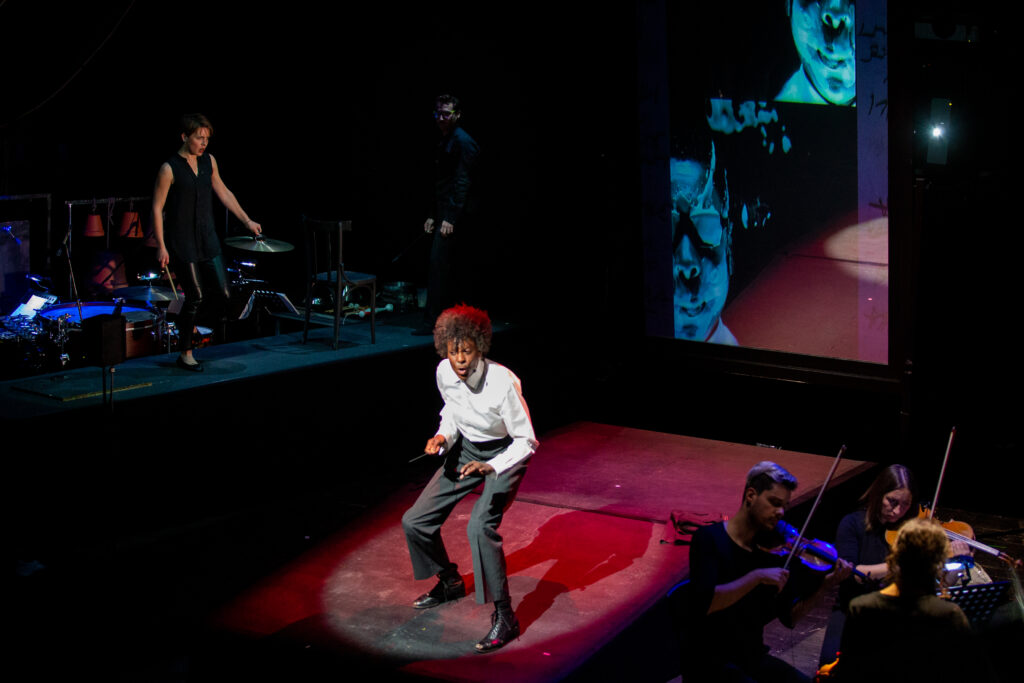 “Liberovici, who speaks about the present with a sincere and never banal depth.“
Alessandro Rigolli – Il Giornale della Musica

“Trilogy in Two, a true dramaturgy of sound, is a modern opera.“
Dolores Pesce – dramma.it