As we all know, The Living Theatre has been the driving force behind theatrical innovation in the second half of the twentieth century, but it has also inspired the most brilliant composers of modern music, ranging from John Cage, who composed the incidental music for “The Marrying Maiden“ (1960) and who enjoyed a long-lasting friendship whit Julian Beck and Judith Malina, Morton Feldman, as well as Luigi Nono who nonetheless had a difficult relationship with the the company while working on “A floresta é jovem e cheja de vida“ in 1965-66. 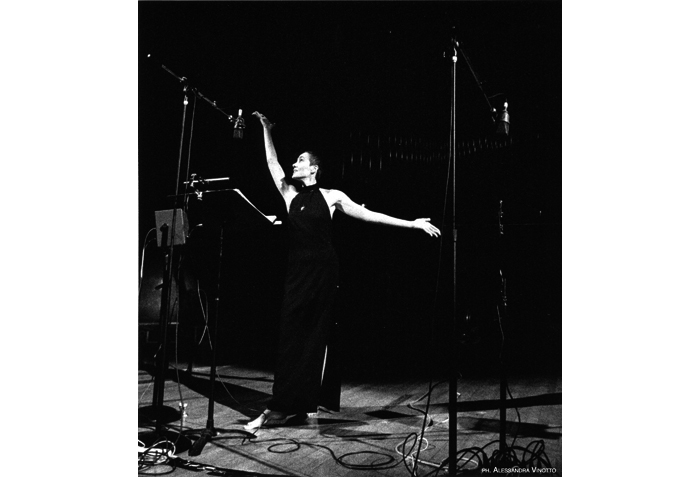 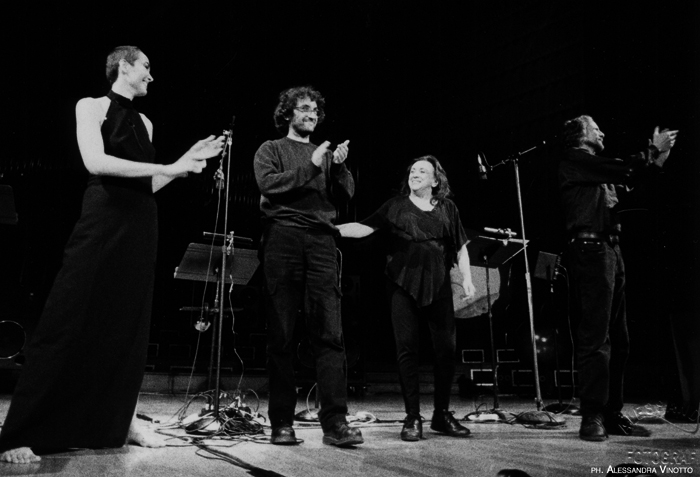 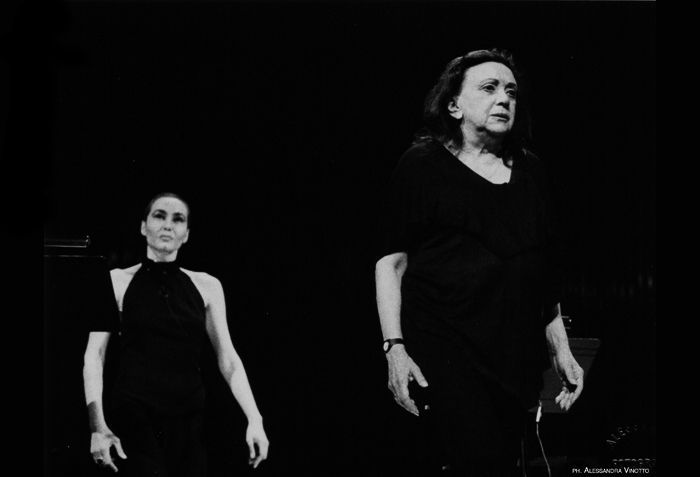 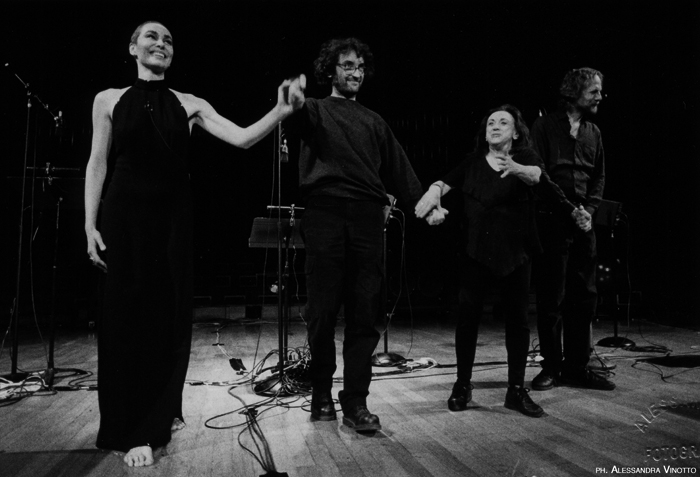 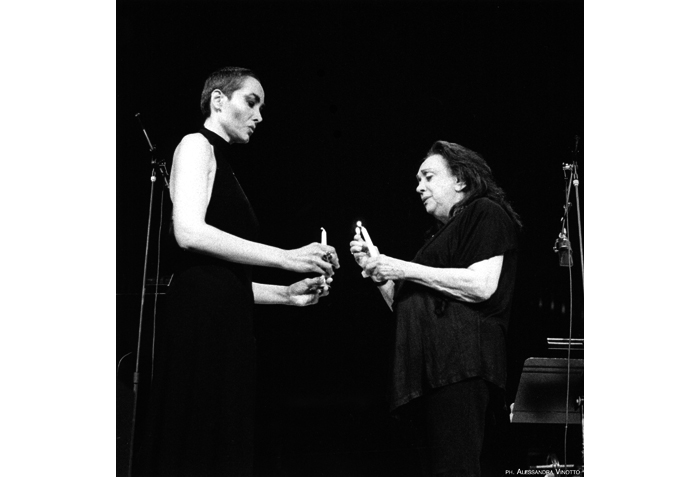 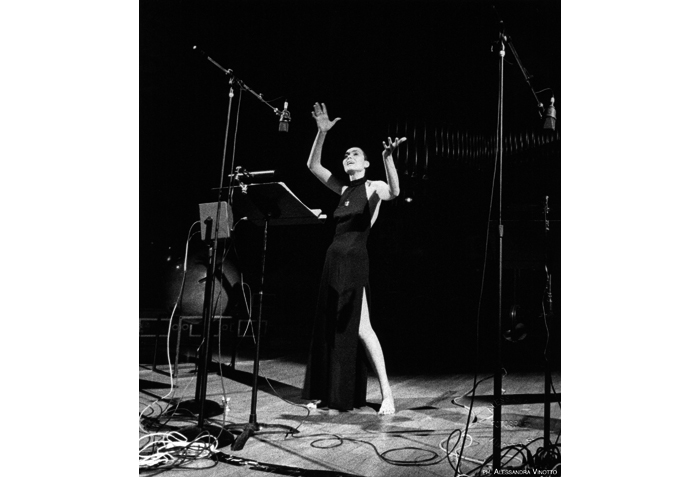 “64 is born in Judith Malina’s closet, striking resurrection of passed voice in electronic music: from Julian Beck to John Cage. The only external instruments are: composer’s heartbeat and the “Gukuin“, that is an ancient chinese harp.”
Laura Putti “La Repubblica” del 3/4/2000

Andrea Liberovici rediscovered the original tape of John Cage’s music and worked on sampling the sounds from the Living Theater shows that began in 1947. The music of 64 is reproduced in the room by sophisticated sound spatialization equipment and by “live electronics” applied in real time on the performers, to arrive at a performance that is created and brought together, exclusively starting from the actor’s body and the group’s acoustic memory. The amplification system is placed in view, on the stage and around the audience, visually filling the space, where Judith Malina, Hanon Reznikov and Ottavia Fusco, act free from interpretative constraints and solely in relation to the sound materials.
from tuttoteatro.com, 03.31.2001

The work created by Andrea Liberovici presents itself as an oratory for actors – Judith Malina and Hanon Reznikov on stage accompanied by the singer Ottavia Fusco. “As always – explains the composer – I like to speak of acoustic scenography to define my work, consistently with the poetics of the Living Theater so that at the center of the scene are the sounds of the body, on a bare stage.”
From La Repubblica, 01.04.2001